If you're going to visit a stately home's garden, there's no better way to do it than with the Head Gardener.

So it was, in March this year, that we attended another special event for English Heritage members at Eltham Palace, the boyhood home of Henry VIII and, in the 1930s, of the wealthy textile magnates Stephen and Virginia Courtauld. 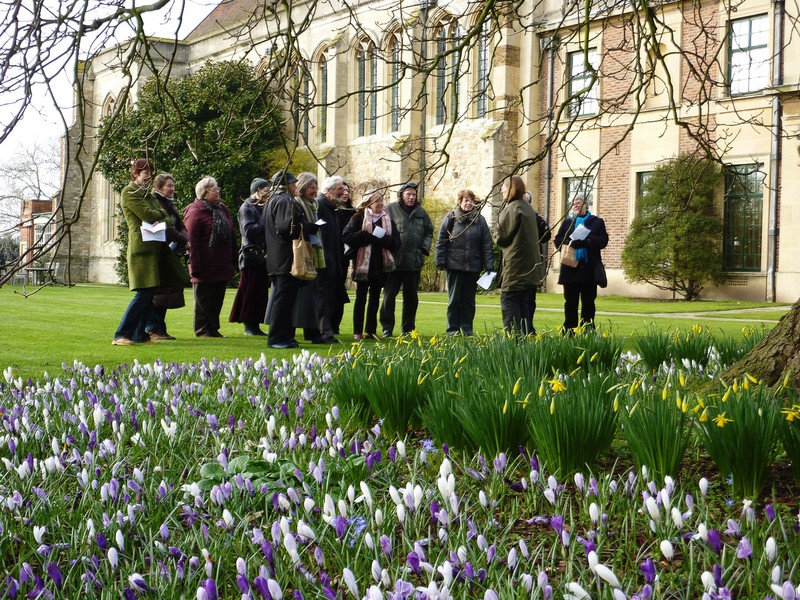 You'll find it in the Borough of Greenwich in south-east London, a 15-minute walk from either Eltham or Mottingham railway stations, or off Court Road, London SE9 5QE on your SatNav. If you have a Blue Badge, you get to enter by a special gate and to drive across the moat by the oldest bridge in London.

We'd been here before to tour the inside of the house, ably guided on provided headphones by the voice of David Suchet, better known in the context of this Art Deco mansion as Agatha Christie's Belgian detective Poirot. I do wish English Heritage would relax their ban on interior photography because it's so difficult to describe what wonders are to be found inside this unique house - the Great Hall, all that remains of Henry VIII's medieval palace, and the Courtauld's adjoining mansion with its pink leather upholstered chairs and black-and-silver doors portraying animals and birds from London Zoo reflecting the glamour and allure of the '30s. I'll have to leave that for another time perhaps. 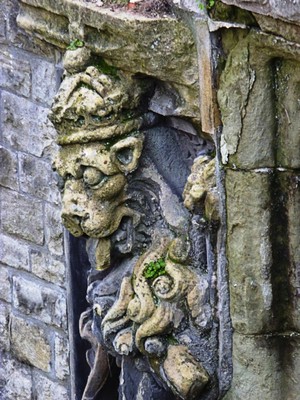 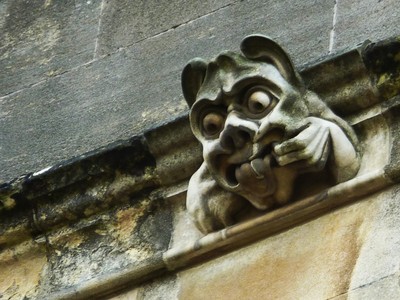 Proof that this really was a palace
Only the Great Hall remains of the palace where Henry VIII spent his early years.

On this occasion, we came to see some of the 19 acres of beautiful gardens which surround the Palace. It was early in March, so there wasn't a lot in bloom but Jane Cordingley, the genial and eminently knowledgeable Head Gardener, brought it all to life for the dozen or so stalwart members who'd braved the chilly breeze.

There was the evergreen Christmas Box Sarcococca confusa - or was it Sweet Box Sarcococca hookeriana var. digyna - they're very similar), with its lustrous dark green leaves growing against the wall of the Great Hall, its scented white flowers borne since December now gone over. There was the ornamental Cornelian Cherry (Cornus mas) with its forsythia-like yellow flowers and the handsome creamy-yellow edged evergreen leaves of Daphne odorata 'aureomarginata', its small, tubular flowers arranged in clusters at the shoot tips filling our walk with their fantastic perfume. 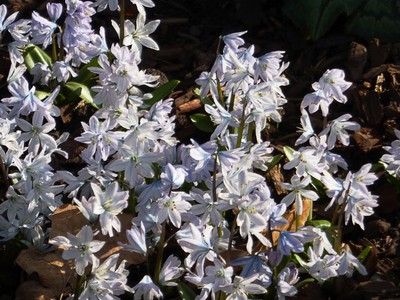 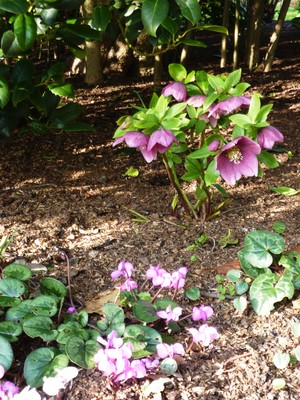 There were swathes of Crocus vernus and tommasinianus beneath the ancient trees, the nodding snowdrops Galanthus nivalis and nivalis Flore Pleno, and the tiny, pink-flowered, hardy Cyclamen coum. Star-like Chionodoxia lucilliae and Scilla, Dogs-tooth Violet (Erythronium), delicate Anemone (and numerous others whose names I forget) filled the borders, backed with well-tended, mature shrubs. 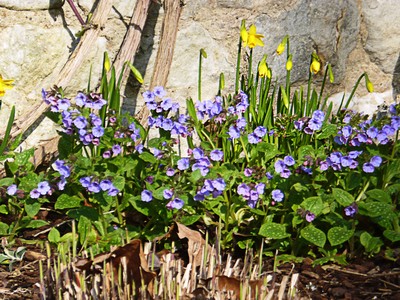 There were accidental, yet delightful, combinations, like daffodils and Pulmonaria growing together against a wall in a border where Mike the gardener had skilfully produced imaginative plant supports from woven willow branches. And there were formal rose beds, which had to be replanted with disease-resistant varieties similar to those that would have been found here in the 1930s, being lovingly tended by the same aforementioned Mike. 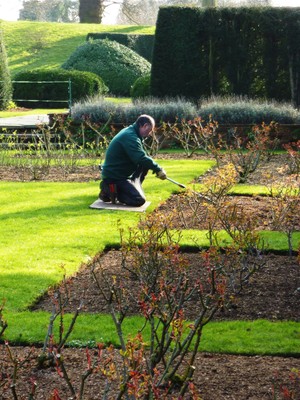 My real favourites though were the Hellebores, varieties of which shone brightly here at this time of year. These weren't the all-too-familiar white blooms of the Christmas Rose (Helleborus niger) but those of the much prettier single- and double-flowered hybrid forms in shades of red, pink, green and cream, and even some in gorgeous near-black. All parts of the Hellebore plant are toxic - so never eat them!

The display here at Eltham Palace prompted me to introduce these beautiful blooms into my own small garden the following year. I now have more than 40 varieties in shades of white, yellow, pink, red and black, and in forms such as single, double, plain, spotted and picotee, many propgated by me from seed collected over the years. 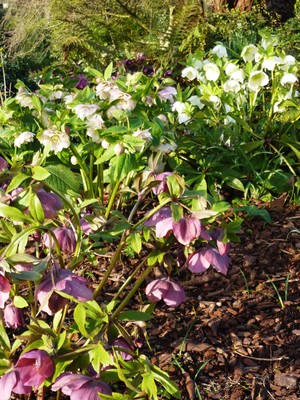 One variety that particularly caught my eye at Eltham Palace was Helleborus x eric-smithii. Lit from behind by a low, winter sun, it was a picture on its own. I hope to add this variety to my collection one day soon. 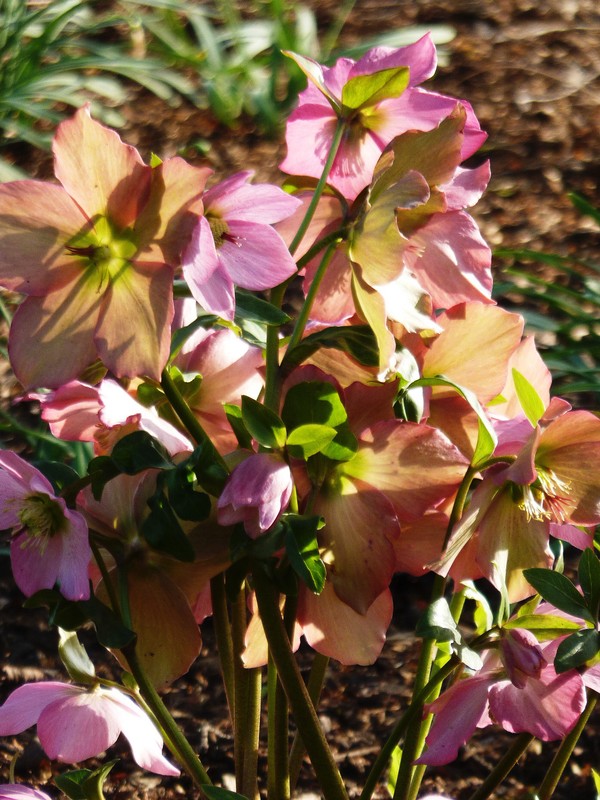